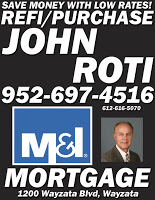 Good morning Wayzata, and thanks for joining Wayzata.com for the Top 5 Stories of the week. The City of Wayzata continues to wrestle with budget issues, free ice cream turns into a big money maker for a local charity, another local Wayzata football player gets drafted, and much much more.

Here we go again, the Top 5 stories of the week:

Brought to you this time around by:

Sunsets Ice Out Party was a big hit with attendees. Kelli Quist won the grand prize of a $400 travel voucher from Minnetonka Travel.