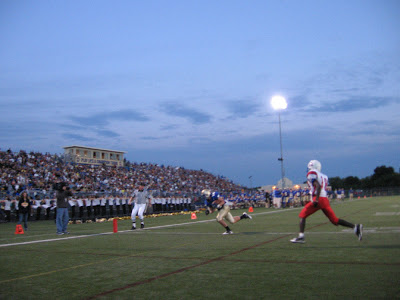 The Wayzata Football Trojans rolled over the Armstrong Falcons tonight in the Battle of 494. The win is Wayzata's 2nd in the conference and makes the Trojans 3-0 and sitting atop the Classic Lake Conference standings.

The second quarter was markedly different. The Trojans got their offense going, and the defense continued to be stout: 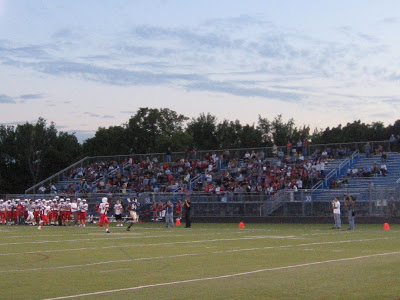 John Ries threw a number of great passes, first to Cecil Doe for a long gain and then to Matt Tarpley for Wayzata's first Touchdown.

As the first half ended, the defense began to swarm as they gained confidence and the Falcons effort began to diminish.

The third quarter is when Wayzata began to pour it on with a bevy of offensive scoring, strong defensive play, and a bunch of points.

The fourth quarter turned into a running clock because Wayzata led Armstrong by more than 35 points in the fourth. Highlights included: 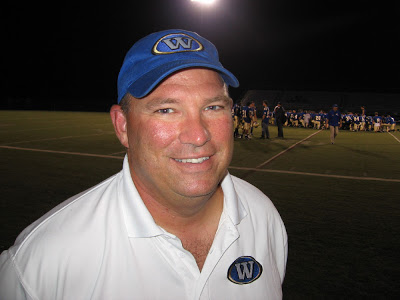 Coach Anderson said this to his team after the game. "Never look at a victory and turn your nose up at it. We weren't perfect tonight, but victories are tough to come by and you have to celebrate them. I thought our defense played great the whole game. Offensively, we didn't play well in the first half, fumbled the ball, three or four times, just didn't take care which is what you have to do if you are going to be good club. While we are disappointed with how we played offensively in the first half, we still put up 21 points and second half I thought we executed a lot better." 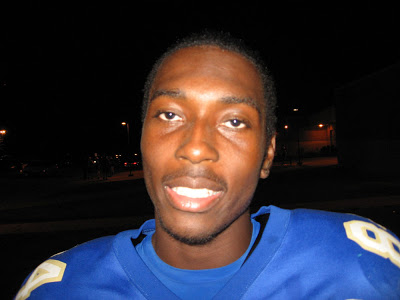 Cecil Doe had this to say about the game as well: "We started slow, made some mistakes in the first half. Coach told us you can't play down to your opponent, you have to play hard every play." He also described his touchdown scoring play, "I ran the wrong route actually. I shook the guy, I was supposed to run a little angle route, but I just ran straight cause I was open. I flipped my head around right away and the ball was there. When I saw the endzone, I said I gotta get there."

The Trojans did very well against Armstrong tonight. It would have been nice to have skunked the Falcons, but winning as big over another team is always uplifting. The Trojans need to work on not turning over the ball via fumbles. The defense is playing very well, and the offense is capable of scoring with a number of different players, running backs, receivers, and quarterbacks. Stay tuned all the latest Wayzata Football news. Announced attendance was 64,871. 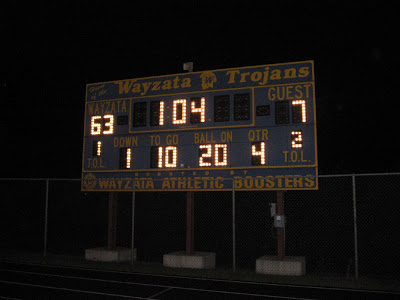 Wayzata.com is your Battle of 494 leader.