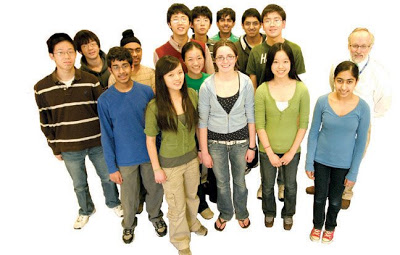 The Wayzata High School math team earned another first place at the state competition held March 9 at South St. Paul High School, marking its fifth state championship in seven years. With its 581 points scored during the regular season, the WHS team entered the state tournament as the favorite. Their regular season point total was higher than any other team. WHS also had the six highest-scoring students in the state which allowed the team to bring 15 students to Monday’s state meet, compared to most teams that bring eight or nine students.

Among the top three students in the state are senior Minna Chen and Brian Tu, both WHS students. They hold second and third place respectively. Chen took second place after tying with first place student Martin Camacho of St. Paul Central with 38 points, the highest individual score of the day. She later lost to Camacho in a tie-breaker to earn second place.

The top three all-around students in the state were Rohit Agrawal, Gaurav Singh and Brian Tu, all from WHS.

Minna Chen, is also the oldest of three sisters competing on the WHS math team. WHS math team coach Thomas Kilkelly said it’s unusual to see three siblings on the same team, let alone on the math team. Minna and her sisters Denise Chen, a junior, and Kelly Chen, a sophomore, have become collectively referred to as “Chen Cubed,” in the media. They are joined by a set of two brothers on the team, the Lees “squared” and a brother and sister combo, the Singh’s, “squared.”