Trojans 71, Moorhead 28 as Wayzata advances in opening round of AAAA State Championship Tournament

Defending State Class AAAA Champion Wayzata won a lopsided contest against the Moorhead Spuds in the opening round of the MSHSL State Basketball Championship Tournment on Tuesday, March 22nd. 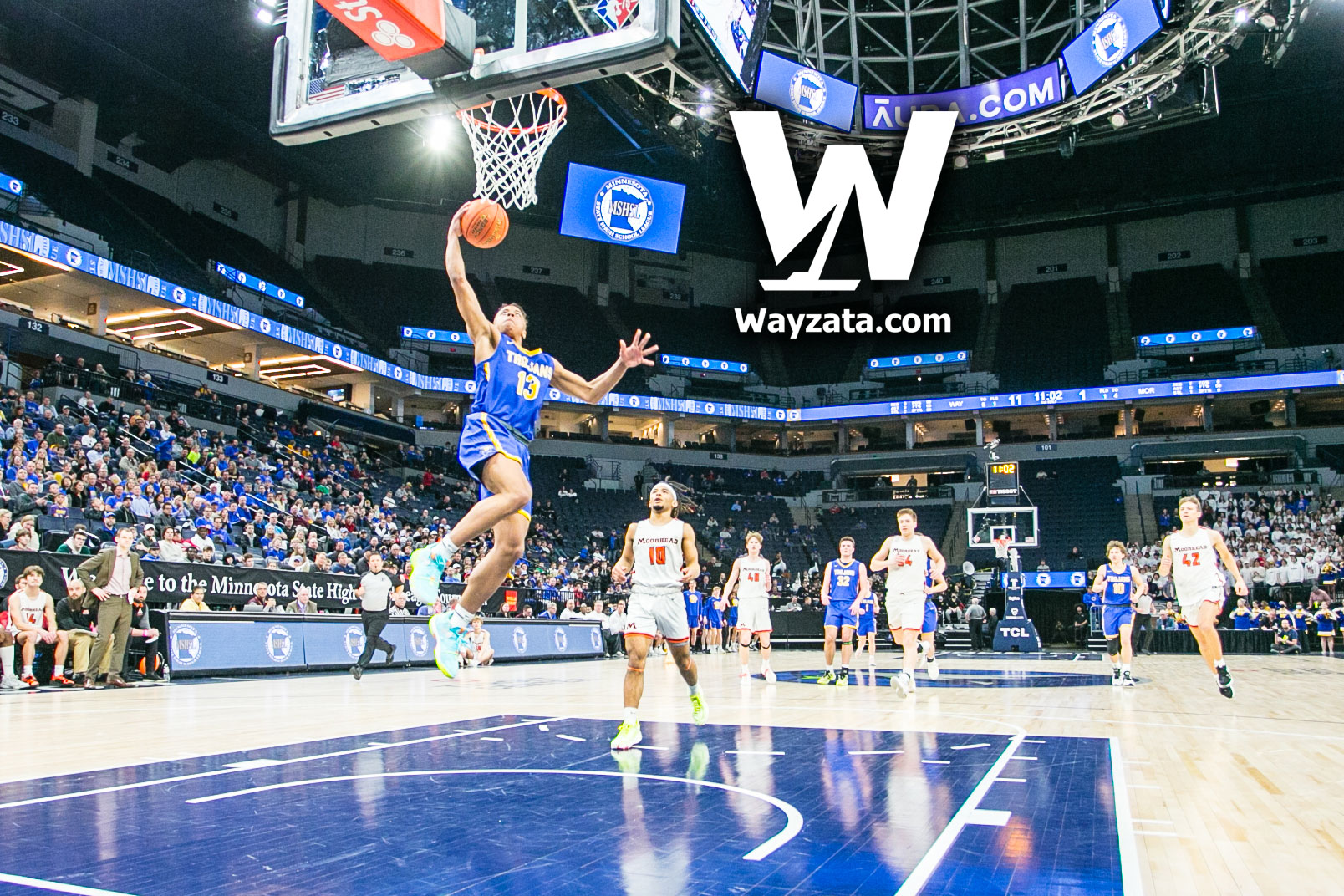 Myles Barnette went 6 of 6 on field goal attempts and 1 of 2 from the line to score 13 points in the contest. Spencer Hall shot 4 of 6 from the floor and 1 of 3 from behind the arc on his way to 11 points.

The Trojans will take on Cretin-Derham Hall and senior guard Tre Holloman Thursday, March 24th at 8pm at Williams Arena. The Raiders were able to Holloman had six rebounds and nine dimes in the Raiders 52-51 win over Number 2 seed Owatonnna.

Posted in Wayzata Boys Basketball, Wayzata Trojans
no comments yet
Please enable Javascript to comment on this blog