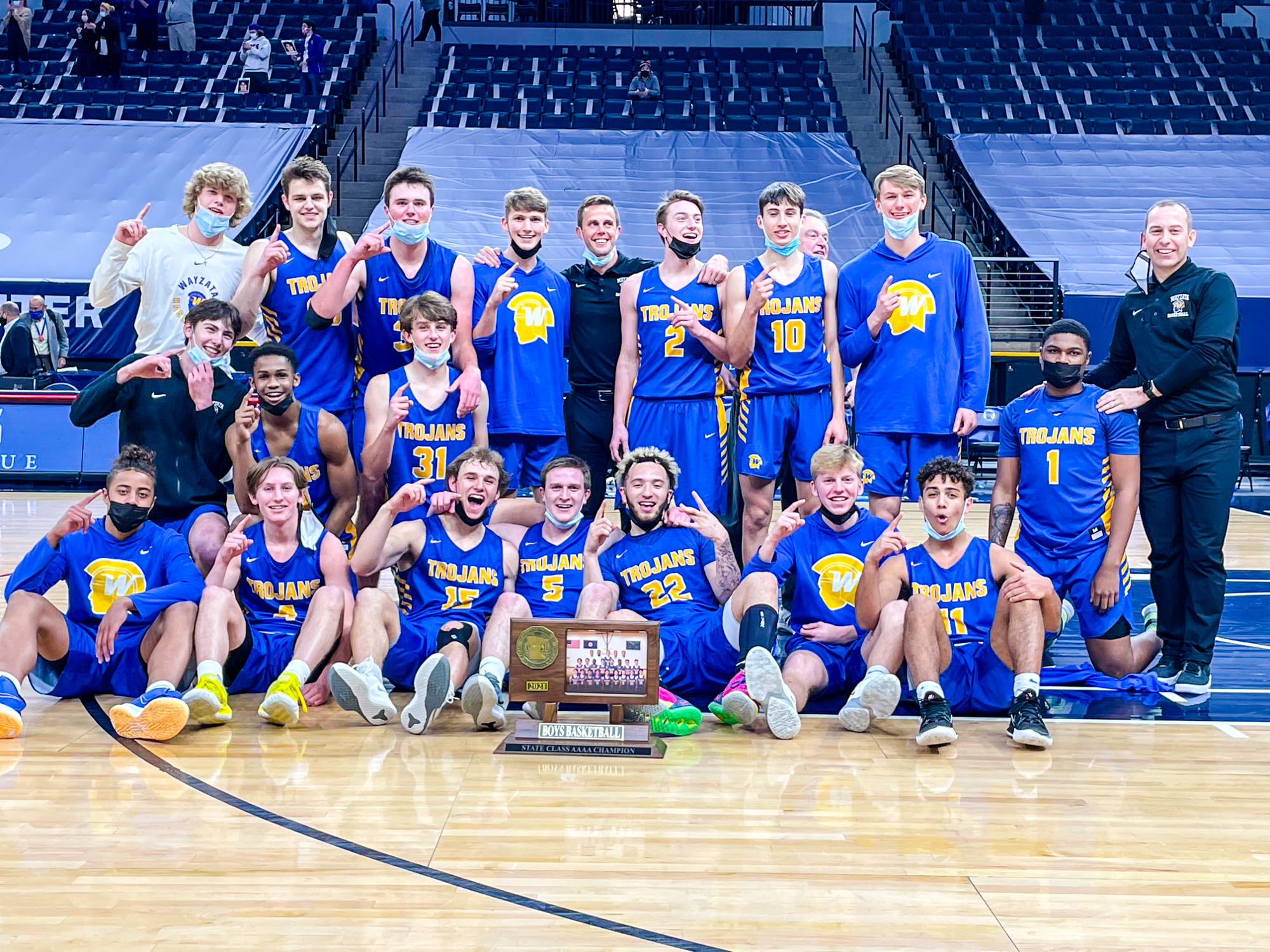 The Trojans used teamwork, tenacious defense and a balanced scoring attack to beat the Raiders and secure the title.

The only time the game seemed to be really in question was midway through the second half as Raider Marselio Mendez scored two points from the free throw line making it Wayzata 44, Cretin 39 after a quick steal and foul.

Wayzata answered the call by breaking the Raider full court press with excellent ball movement and a pass from Trey Lance to a streaking Cam Heide who scored an easy layup for the Trojans.

Moments later a travel by the Raiders and another press break pass from Kody Williams to a wide open Drew Berkland for a three pointer from the corner put Wayzata up 49-39 with 10:22 remaining. The Trojans would never look back winning handily 75-61.

Berkland led all scorers with 19 points, going 5 of 7 on three point attempts; many of which were from the corner. Drew credited his accurate shot to work over the years with his family, coaches and team mates, “That’s a lot of work in the gym with my dad and coaches over time... I’ve been playing with those guys, most of them since 4th grade. To see it all come together like that in a State Championship is pretty cool.”

Nationally recruited prospect Heide scored 17 points and pulled in 10 rebounds. many were slicing drives with the ball placed high off the glass and in to the bucket. “We just felt like we could make shots... they sagged off a bit and those are the best times to attack, so I was just like, let’s go, let’s do it,” stated Heide.

Eddie Beeninga scored 16 points including a critical 3 pointer that banked off the glass and into the bucket. He described the defensive effort, “We had a lot of pressure on them, we wanted to be in the gaps a lot and we did a really great job.”

Kody Williams scored 11 using his quickness and speed to score layups over bigger and taller defenders. After the game he detailed his efforts, “Hours of practice, hours of playing against our team mates including Camden Heide and Carter Bjerke, you just have to be crafty around the rim.”

Big man Carter Bjerke had 7 and was dominant inside, and Ryan Harvey finished with 5 points as well. (Continued on reverse) The Championship was the exclamation point on a season markedly different from the one a year ago where the Trojans finished 11-17.

Back in the gym at Wayzata High School after a net cutting ceremony Head Coach Bryan Schnettler talked about what went right this season, “The kids grew up so much from last year. They learned to care about each other and it was really fun to see.” 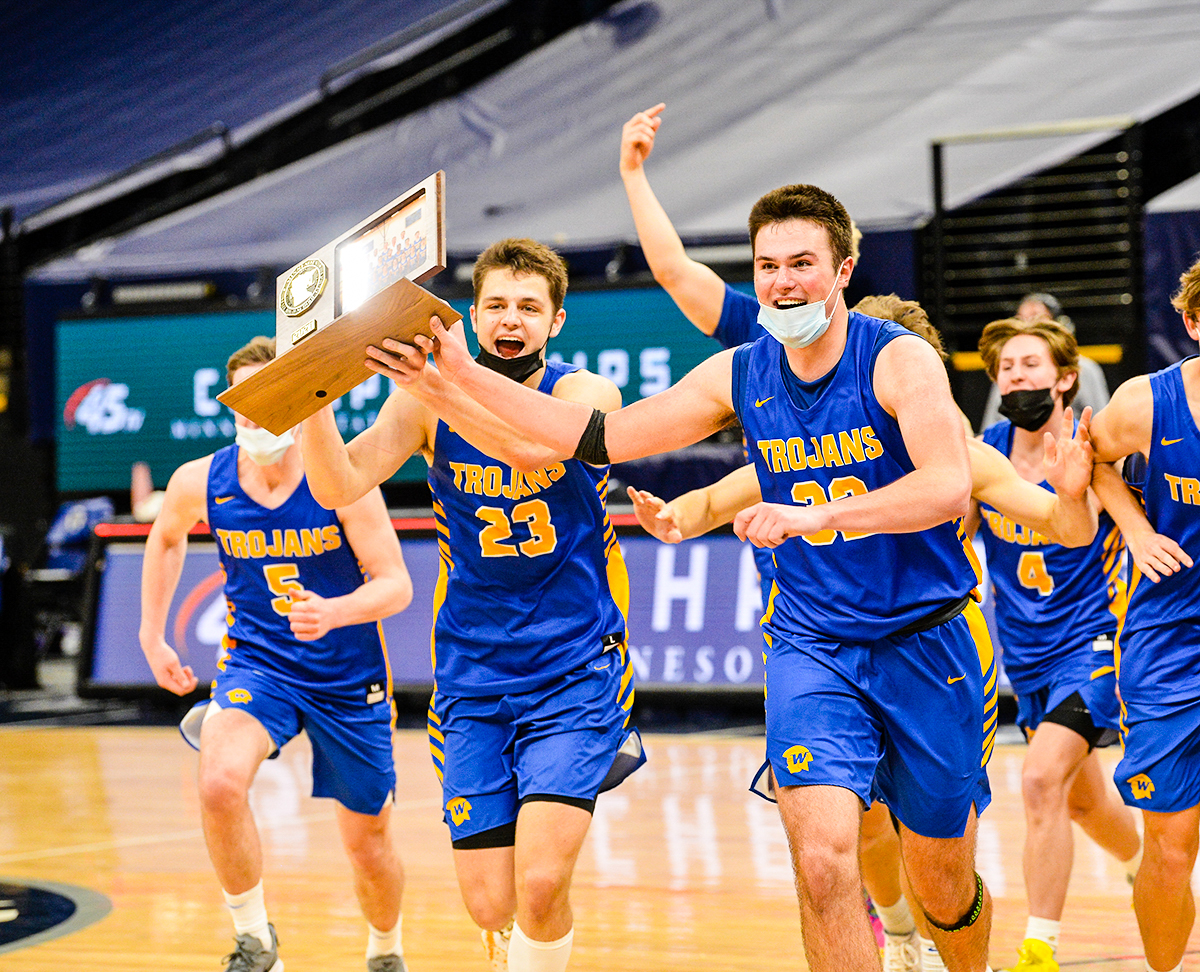 The Wayzata Trojans Athletic Department and the MSHSL provided images for this report.

Posted in Wayzata Boys Basketball, Wayzata Trojans
no comments yet
Please enable Javascript to comment on this blog