WAYZATA BOYS BASKETBALL 2009: Do or Die Time for Trojans 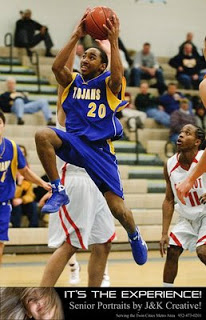 The season will be on the line tonight when the Wayzata boys basketball team takes the court in the section 6AAAA semifinals at Osseo High School. The second seeded Trojans will be looking for a spot in the section final when they face the third seeded Robbinsdale Armstrong Falcons at 8 p.m. tonight. Top seeded Hopkins and fourth seeded Minneapolis North will play in the first semifinal game at 6:30 p.m.

The Trojans split a pair of Classic Lake Conference games against the Falcons this year, winning 76-58 on Feb. 13 and losing 80-76 on March 3. The Trojans come into tonight's game with a 20-6 record, while the Falcons sit at 13-14.

The make-up of the two teams is slightly different in that the Trojans are more balanced offensively than the Falcons. The Trojans have five players who averaged between 11 and 16 points per game with senior Nolan Odland leading the way at 15.9 points per game. The Falcons rely heavily on three players to provide a majority of their offense. Senior Damarius Cruz leads the way with 23.0 points per game. Sophomore Marquel Curtis and junior Andy Siedlitz average 16.0 and 14.3 points per game respectively.