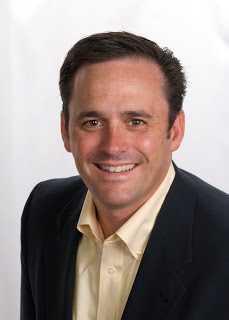 Andrew Mullin is running for the Wayzata City Council. He was kind enough to sit down with me this afternoon to detail his life and the race for the Council seat.

Dan Gustafson: What prompted you to run for office?

Andrew Mullin: Well it's something I have been thinking about doing for a number of years, I have been very active for the last four years both as a community volunteer and as a civic volunteer. Two reasons: One I wanted to give back, and Two I am concerned many elections in recent memory go uncontested. What I mean by that is there are tons of wonderful volunteers, giving time, talent, sometimes treasure, in a number of different ways. My evidence is, the last two or three elections have been light in the number of candidates that have stepped forward. Now in the early to mid 90's, even late in the 90's when Barry Petit was still around, there was some activity. Lots of candidates, but it's dropped off. You know, two mayoral elections uncontested. This one [Wayzata City Council] was about to go uncontested, and I stepped in at the last minute at the encouragement of lots of other citizens.

DG: What do you hope to accomplish?

AM: I have two things that I am passionate about. One is traffic, and the second is open space or public amenities. I'll tell you why on both of those. The first, in terms of traffic, there is lots of work that is done around redevelopment and measuring the impact of redevelopment at a specific location, or the specific contributing arteries to that location. But I feel we need to take a step back and realize one thing and try to come up with a plan or a vision 10 years out to address it. There is a lot of pressure coming from the other communities in town here, around our town. Medina, going out 15, Minnetonka, we somewhat are a victim of our own little 394 problem. There's two ways to get in off 394 but they kind of intersect at one point. So we have got a design issue, and I think we need to put some thought behind what is our overall traffic management plan. What is our overall vision for how we might change it.

It's going to be complicated to implement, you've got State money, County money, local money involved. I'm not saying it's going to be easy, if it's easy it would have already been done. I do believe there is a way we can enhance the major arteries in town and do a better job protecting the neighborhoods, getting people to downtown if that's where they want to go. Try[ing] to discourage, cut[ing] through the neighborhood. Think about it, Wayzata Boulevard, it's pretty easy, but where does that go through? A neighborhood! So there is a lot of work that can be done.

The second thing is, I want to work on open space, public parks. My definition is not the definition of Klapprich Park, but any project, especially a couple of the larger ones put forward recently. You can have a public amenity that helps pedestrian friendly, space for public meeting or public gathering, that can be part of projects. It's not that hard to do. I just think we need to push harder on that front. Not to mention, we have a significant amount of money sitting in a park fund, which we keep hearing a skate park might be possible. I don't see any priorities for here are the top 5 things we want to invest in as a community as community assets. I'd like to see some focus there.

DG: How long have you lived in Wayzata?

DG: You have some family here?

AM: I've got two kids, a second grader [Walker] and a kindergartner [Paige] at Gleason Lake Elementary. I am married to my wife Kristyn, who works at Allina Hospitals and Clinics.

AM: The Bay Center, and even though it has been decided, there is still a lot of work ahead to make sure that it is the best possible outcome for the City. That has those intersections associated with it. The Bay Center is where I would like to see a lot of focus. I know they are working very hard on it, Superior and Lake, Superior and Wayzata Boulevard, Wise and Lake Street Extension--those three... It's gotta get done right. What I don't want to see happen is oh we'll try something, and leave it out there for a while, and suddenly we will get distracted in our priorities or the capital will get redirected and we won't ever finish it. So I really want to put some focus to that and see it through.

Probably associated with that is the Muni. The Council has put forth a resolution stating that they intend to move forward with the Municipal Food and Liquor operation--there's no details behind it. There is not enough of a plan behind where it's going to go, how it's going to work, how it's going to be funded, do we have to bond for it. What is the footprint going to be? So there is a lot of work left there.

The third issue that I think--development is always an issue, redevelopment. Just a side note, there are several projects in que that we can go through if you want to, but I think the third one is Bushaway Road. The redesign of Bushaway Road, it's a County Road, there is some pressure to redesign, widen it. There's a lot of details to be worked out there. That is a major impact, I think, to the City.

DG: Do you have any public service background?

AM: I do. Last year I served on the City of Wayzata Heritage Preservation Board. Previous to that, the last 4 years on the Wayzata Chamber of Commerce Public Policy Committee. I have been an active participant, although I did not sit on the committee, I want to be clear about that, about the Comprehensive Plan redesign. They had several workshops and hearings, and ways in which to contribute.

DG: Fill in your professional resume for us.

AM: I currently part owner of a management consulting firm in Eden Prairie. We provide professional services in the area of marketing, strategy and research. I started that with another gentleman.

DG: How about your education?

AM: I have my MBA from the University of St. Thomas, and attended the University of Wisconsin, Madison. I have lived and worked in Minneapolis, since, well grew up here. Went away for school, been back in the Twin Cities since 1994.

DG: If people wanted to find out more information about you, how would they do that?

AM: Good question, I wish I had a website, but I haven't had time to do that. I've got an email, mullin.andrew@gmail.com, they can email me and I will be happy to get back to them.