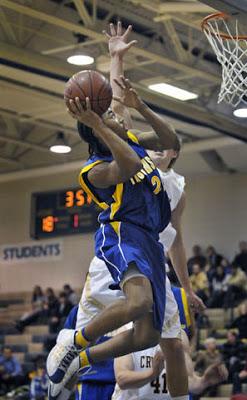 It has been an exceptional start for the boys’ Varsity basketball team thus far with a perfect record of 4-0.

Their wins have come against Maple Grove, Park Center, Champlin Park and Prior Lake. Over the four games, the boys have scored an average of 66.25 and only let up an average of 54. The team has a new head coach this year, Mike Anderson. Anderson has been with the program for a while took the head position as former coach Phil Ward took the year off.

With 21 regular season games to go the boys still have to face dangerous teams down the road like Minnetonka on January 30th and February 20th and Hopkins on February 10th and 27th. The boys will also take part in the Anoka Tournament over the holidays.