Irene Stemmer was a force to be reckoned with when it came to the preservation of some of Wayzata’s most historic and treasured connections to the past. 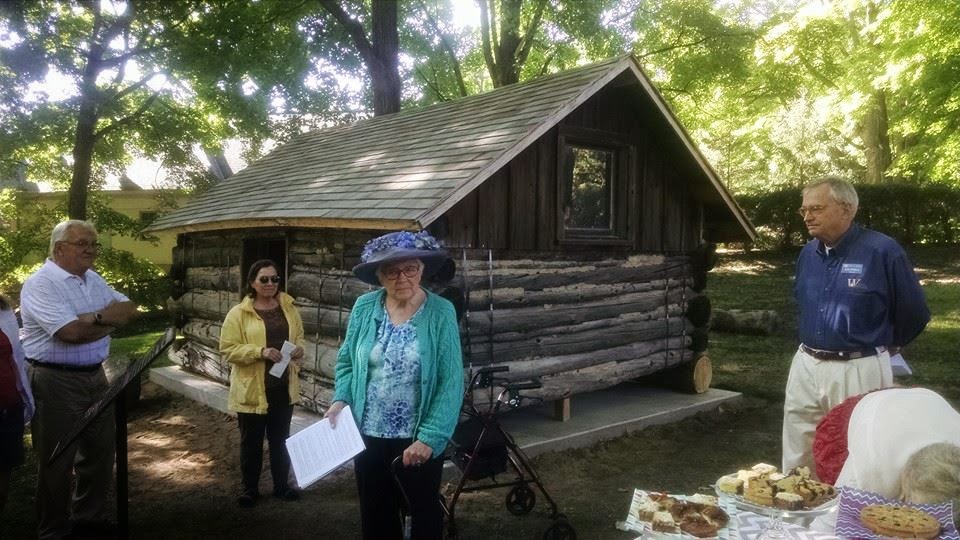 Stemmer arrived in Wayzata in 1945 as the new administrative secretary of the Wayzata School District. She married Lew Stemmer, Jr. in 1949, part of the Wayzata Insurance Agency for over 25 years in the 60’s, 70’s, and 80’s.

Irene also served on the Wayzata City Council in the early 1980’s, and was a charter member of the Wayzata Heritage Preservation Board, serving for more than a decade.

Her preservation efforts over the years included leading a petition to Save the Wayzata Post Office from being sold, and writing the Preliminary History of Bushaway Road in collaboration with and in support of the Bushaway Road Task Force. The group worked with Hennepin County for years to preserve the two lane county road.

The preservation project Stemmer worked on most recently prior to her recent passing was the relocation of the Trappers Cabin, a one story tamarack log cabin and relic of the Pioneer era.

Stemmer championed repair and movement of the structure from the original location on Bushaway Road to Shaver Park, located at 220 Grove Lane East.

The cabin measures approximately 12’ x 16’, and is believed to be from the mid 19th century. The oldest photograph of the structure is believed to be from 1889. The origins of the structure are cloaked in a bit of mystery.
In January, the Wayzata Heritage Preservation Board made an application to have the historic structure be designated a Heritage Preservation Site.

A historical planning report from Robert Vogel, a well known historical, archeological, and preservation planner was submitted to meet the requirements of the designation.

A Heritage Preservation Site designation recognizes the importance of a structure in Wayzata’s history, and places restrictions on remodeling, demolition, or moving the structure. The designation impacts only the structure, and does not place any limitations on the rest of the property at Shaver Park.

At the January 25th Planning Commission meeting, Commissioner Peggy Douglas shared her thoughts on Irene Stemmer, “In honor of Irene, I just want to say she was one of the first people I met when I moved to Wayzata in the mid 70’s. She was the most welcoming person, and over the years she did many things to establish our history in Wayzata and she worked very hard at it. She was just a delightful lady, and in her honor I am so glad we are doing this.”

The recommendation passed unanimously. Watch for the Trappers Cabin to appear on the City Council agenda shortly.

Publisher Dan Gustafson is Chair of the HPB.