The Wayzata Planning Commission recommended city staff to draft a denial of a proposed redevelopment concept for the TCF headquarters property on Lake Street on Monday. 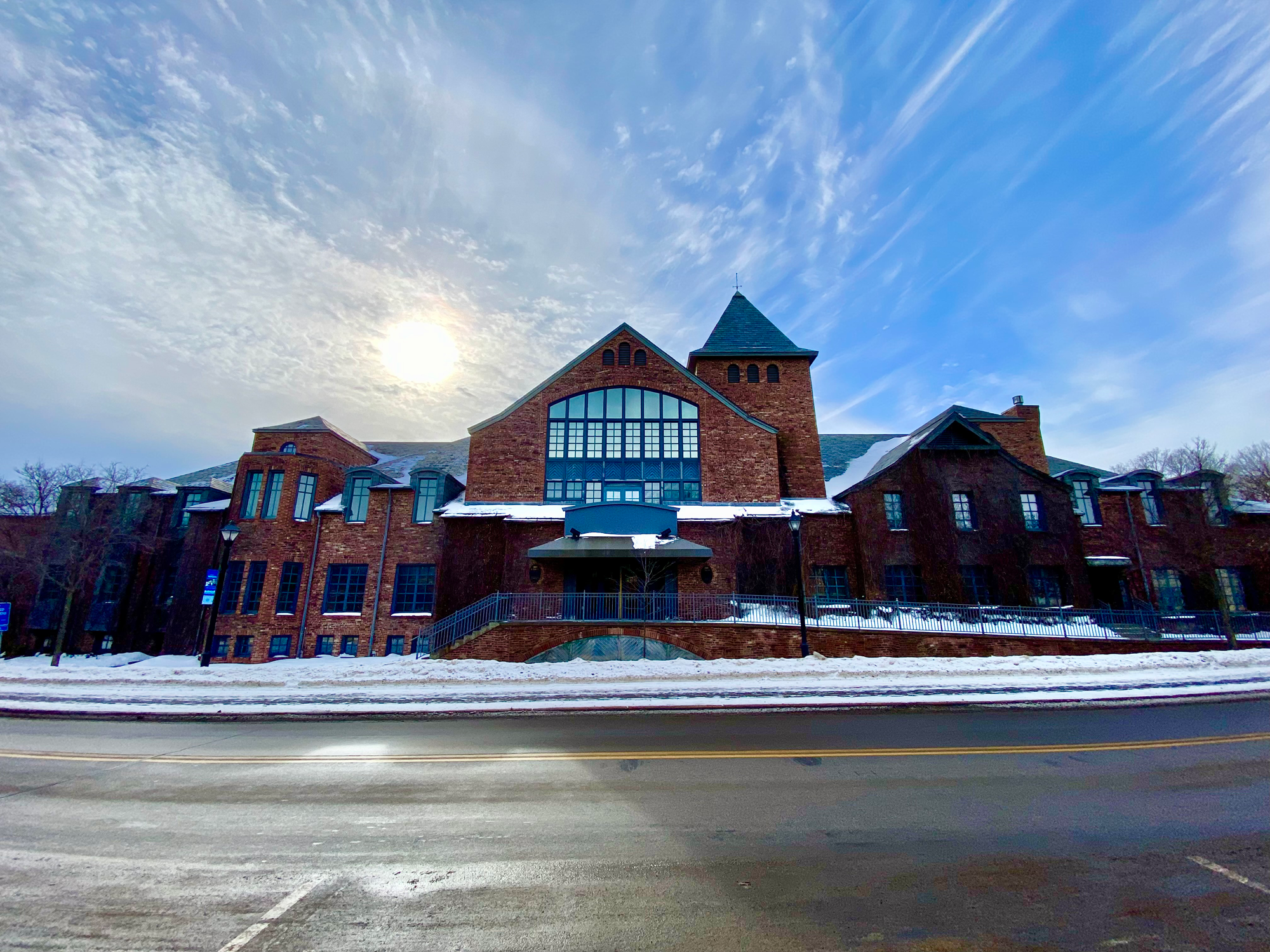 This is the third time Lakewest Development has come before the commission to present plans for redeveloping the property at 200 E. Lake Street. In 2020, it presented plans to convert the existing TCF Bank into condominiums and construct new residential buildings. In 2021, it returned to the commission with a plan to demolish the TCF building and construct two new residential buildings.

After the previous two denials, the developer took feedback from the commission as well as the public through a neighborhood meeting in January. The new plan discussed Monday included an underground mechanical parking system, 32 condominiums and retail space. There would also be pocket parks on the property, and 25-foot facade breaks every 150 feet. The development would include two buildings, referred to as east and west buildings or ‘building A’ and ‘building B’. Approval of the plan would have required a zoning amendment to the existing planned urban development to create a new PUD district, design standards deviations and a shoreland impact plan study.

More than 100 pages of public comments were received, with many of them noting concern over tearing down the TCF building, losing views of the lake, the proximity of the redevelopment near the BNSF railroad tracks and increases in traffic. There was also a petition which received more than 400 signatures from residents and 1100 signatures in total in about a week opposing the development plans.

Curt Fretham, chief manager of Lakewest Development, said his development team has tried to be creative to meet requirements in the city’s design standards and comprehensive plan.

“We did that,” Fretham said of a number of changes his team was asked to make. “You asked us in initial meetings to reduce mass, provide more open space. You asked us in other words to make it smaller. You also asked us to increase density or in other words, make it bigger. We’ve been asked to do a lot of things. And we have been accepting and approving of those asks. All we really want to do is use our property in a reasonable manner.”

The applicant had several consultants discuss the concept further, addressing how the mechanical parking system works, the traffic impact of the new residential and commercial space and the architectural design.

“We’re frankly surprised, given all the consultants they brought tonight, they did not do a railroad study,” said Kendra Lindahl during the public forum. “It’s not that it could happen. It has happened.”

Lindahl referenced a train derailment which struck another site along the railroad corridor, though commissioner Peggy Douglas corrected that it did not happen on the site in question. The south side of the property is marked by the railroad tracks about 25-feet from the proposed building.

Lindahl asked what value this development would bring to the city, which Brad Hoyt echoed. Hoyt is the owner of Ventana Apartments.

“This building is only 35 years old. It’s not even depreciated yet,” he said. “My view is the project is already reasonably developed and should remain in its state.” 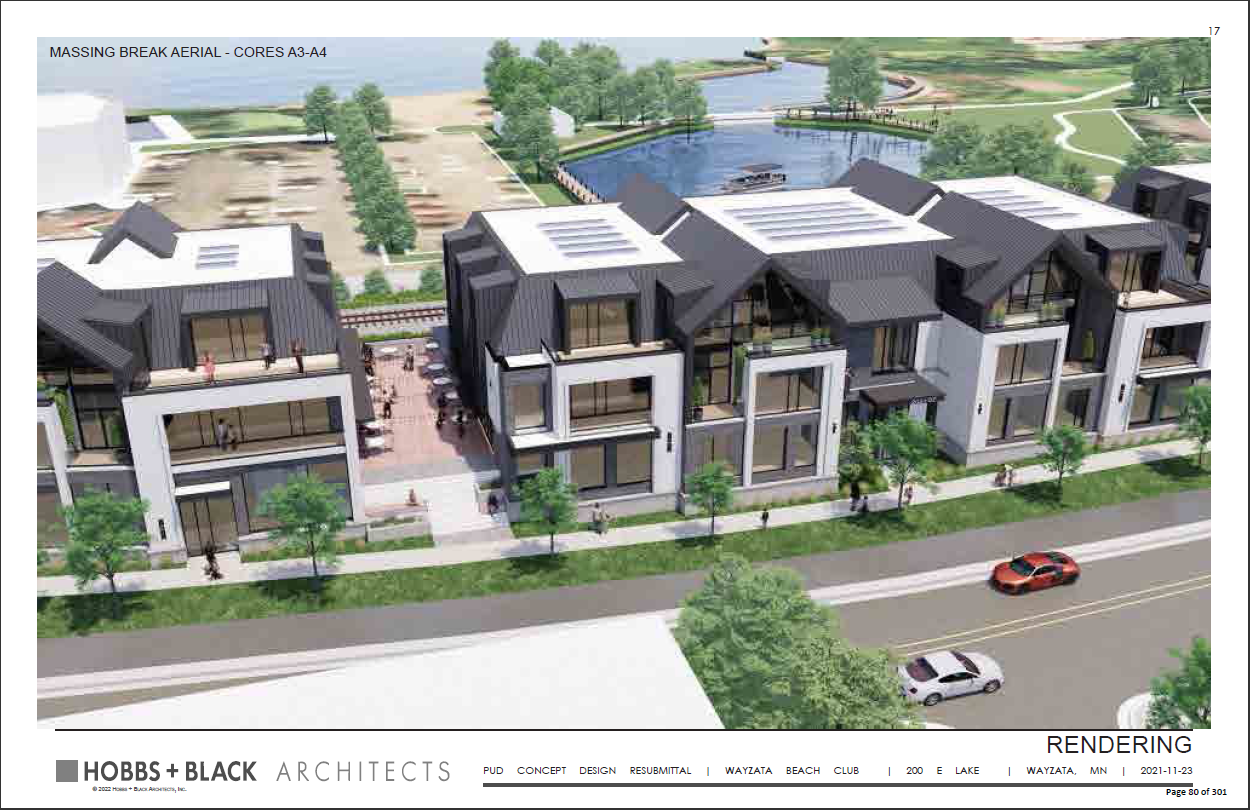 Lindsay Bashioum, who previously served on the planning commission, said the commission got it right the first two times it denied development plans.

“There’s no public benefit that isn’t already there,” Bashioum said.

The commission thanked the applicant for coming forward with a new concept for a third time, remarking on some of the things they liked about the new plans. They also said many of their concerns remain.

“This does not depict the charm of a lakeside community,” Douglas said. “I’m worried about the precedent for future development.”

“I think it’s too big to be charming,” Commissioner Jeff Parkhill added.

Commissioner Ken Sorenson motioned to direct staff to draft a denial of application. Commissioner Jennifer Severson seconded and the commission voted unanimously in favor of denial.

The property is listed with Cushman & Wakefield.