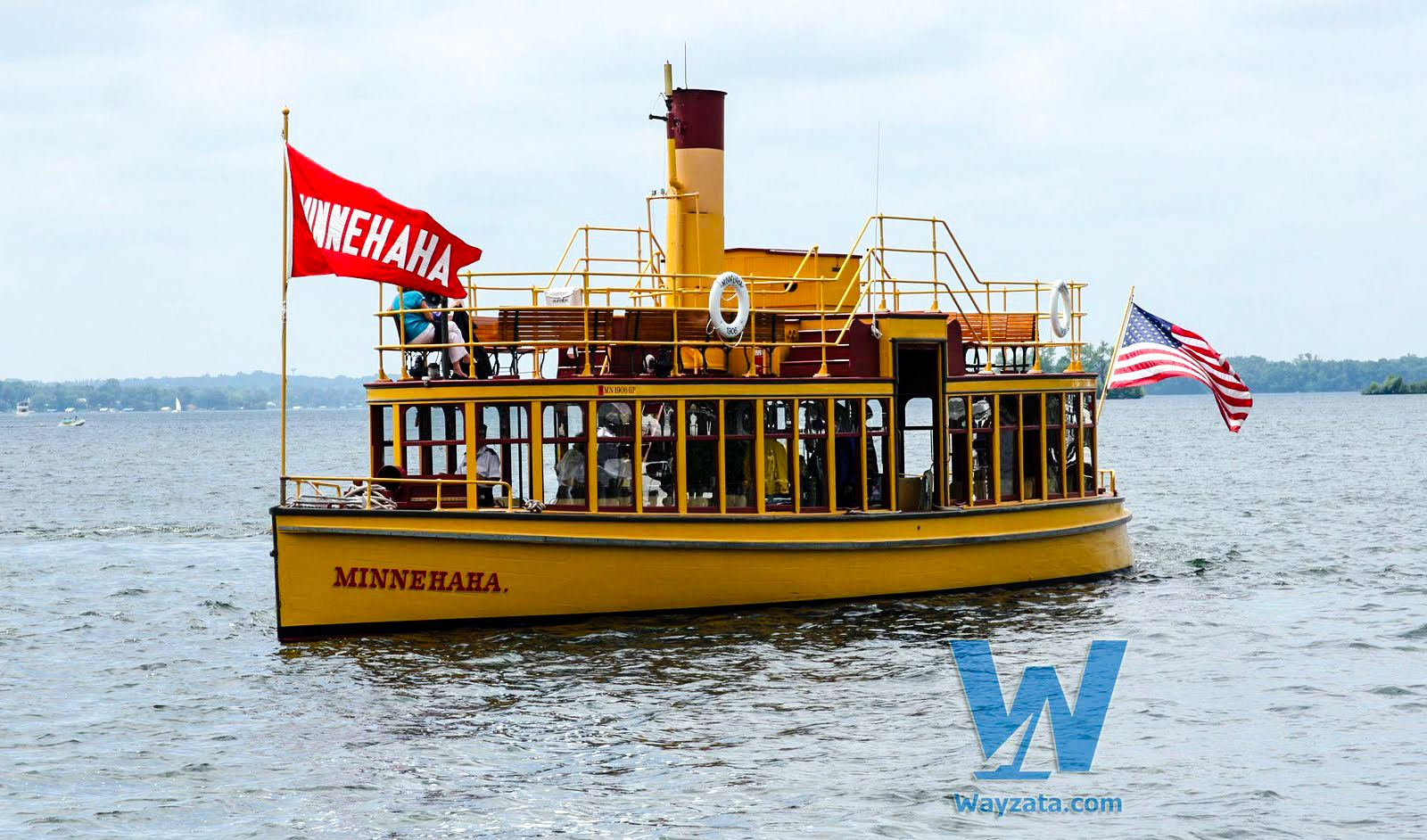 “Minnehaha’s listing in the National Register opens up grant opportunities to preserve the boat and gives her the recognition she deserves,” said Tom McCarthy, president of the Museum of Lake Minnetonka, the organization that owns, maintains and operates the vessel.

In 2019, Minnehaha lost access to the ramp where she was launched and hauled out of the water each spring and fall, restricting her ability to be on the lake until a new ramp becomes available. Minnehaha is currently housed in a heated storage facility in Excelsior. Volunteers continue to maintain the vessel on a weekly basis, keeping her ship-shape for her eventual return to Lake Minnetonka.

“The MLM remains committed to returning Minnehaha to the waters of Lake Minnetonka,” said McCarthy, adding that the organization has a newly reconstituted leadership team in place. “While no property on Lake Minnetonka meeting Minnehaha’s unique launch requirements is currently available, we welcome any opportunity to work with public or private partners to secure a site for Minnehaha’s new launch ramp and winter home – both of which will be crucial to getting her back in the water since Minnehaha must be stored indoors during the winter.”

When asked if Minnehaha will be operating on Lake Minnetonka for the 2022 season, McCarthy said it looks unlikely. “Our primary task at the moment is to secure a site for a permanent launch ramp and winter home for the boat – she cannot go back in the water until that has happened.”

When asked if there are any prospective sites that could accommodate a new launch ramp and winter home for Minnehaha, McCarthy said there are several sites around the lake that would work. “The previous leadership team evaluated sites in Excelsior, Wayzata, Tonka Bay, Mound, Spring Park, Minnetrista and Shorewood,” he said. There are several sites that remain viable options, but we’re going to need strong municipal and community support to proceed forward with any of them.”

When asked about how fans and supporters of Minnehaha could help save the historic steamboat, McCarthy said there are many ways to help, including donating or becoming a member of the MLM at steamboatminnehaha.org, contacting local/municipal leaders to tell them how important Minnehaha is to the community, and simply spreading the word about the situation. “This is going to be a community effort,” he said.

About Minnehaha Built in 1906 as an extension of the Twin Cities’ streetcar system, Minnehaha provided fast and reliable transportation for the tourists and residents of Lake Minnetonka for twenty years. At 70 feet long and nearly 15 feet wide, she operated on scheduled routes alongside five identical sister vessels called the Express Boats. Since they closely resembled the Twin City Rapid Transit Company’s trollies, residents often referred to these boats as “the streetcar boats.”

The popularity of automobiles and improved roads in the area ended the streetcar boats’ viability in the 1920s. With no further use in sight, Minnehaha and some of her sisters were scuttled (purposely sunk) in 1926 and lay forgotten at the bottom of Lake Minnetonka for more than five decades.

In 1980, a salvage team located the wreck of Minnehaha and raised her back to the surface. Following a $500,000, volunteer-driven restoration, Minnehaha returned to passenger service in 1996 and operated continuously on Lake Minnetonka until 2019. The restored Minnehaha provided rides for an average of 10,000+ passengers each year she was in service.

Posted in Museum of Lake Minnetonka, Steamboat Minnehaha
no comments yet
Please enable Javascript to comment on this blog