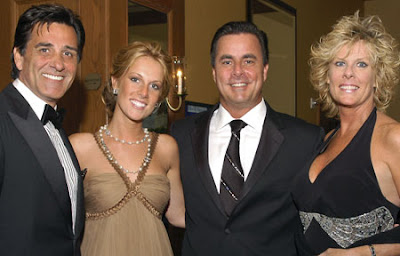 The Star Tribune has a story today indicating that Dean Vlahos and his wife Michelle claim that Tom Petters owes them $16,000,000. Additionally, the article reports the financial troubles the situation is causing for the owner of Redstone American Grill.

According to the article, a bank that loaned Vlahos millions of dollars has moved to foreclose on his Lake Minnetonka mansion in Deephaven. Vlahos has the home for sale $10.9 million, and there are $11.5 million worth of mortgages against the property. Vlahos is also trying to sell two homes in Florida for over $30 million.

Dean made his money with Champps Americna sports bar and grill by franchising and going public last decade, eventually selling all his holdings. He had hoped to do same with Redstone American Grill by turning it into a national chain. That seems less likely with the setbacks personally with regards to the Petters case and with the economy faltering.

Image courtesy of Janette Novak of Minneapolis St. Paul Magazine's: Leaving a Legacy, which contains photos from the John T. Petters Legacy Foundation Gala that are available for sale.