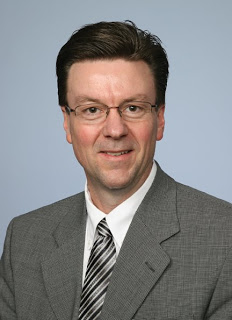 The Star Tribune has featured Wayzata Public Schools Superintendent Chace Anderson and his plans for the the Wayzata School District in an article entitled: New Wayzata schools chief plans to take it slow. The article details Anderson upbringing on a farm in Iowa, his dreams to play for the Green Bay Packers, and his early teaching career in Nebraska.

The article also details how Anderson does not plan to stray very far from former administrator's plans and efforts. He does indicate in the article that he wants to focus on individualized teaching as opposed to a one size fits all approach.
BONUS MATERIAL: Here is Chace Anderson's bio from the Wayzata Public Schools website:
"Dr. Chace B. Anderson assumed the role of Superintendent of Schools on July 1, 2008. He came to Wayzata from his former position as the assistant superintendent for Edina Public Schools (Edina, Minnesota); a position within which he served since 2003. Prior to that, he was the principal of Edina High School from 1998 to 2003, principal of Edina's Valley View Middle School from 1995 to 1998; and assistant principal of Valley View Middle School from 1992 to 1995. Preceding his work in Edina, Anderson was a middle school assistant principal in the Burnsville-Eagan-Savage School District (Minnesota) and the administrator for the Rochester Montessori School in Rochester, Minnesota. Before moving to Minnesota in 1988, Anderson worked for the Bellevue (Nebraska) Public Schools where he served as a junior high school dean of students and athletic director, middle school and high school science teacher and as an assistant varsity football and track coach.
Anderson holds a Ph.D. in Curriculum and Instruction from the University of Minnesota (Minneapolis); an M.S. degree in Secondary School Administration from the University of Nebraska (Omaha); and a B.A. degree from the University of Northern Iowa (Cedar Falls). Anderson is a 1978 graduate of Akron High School. Anderson resides in Maple Grove, Minnesota with his wife and two children."
Wayzata.com welcomes Chace to the community. I personally have seen him at the Wayzata Football games, as well as seen him make an appearance on Welcome Wayzata with Greg Rye and Peggy Douglas, Director of the Wayzata Chamber.
Image courtesy Wayzata Public Schools.