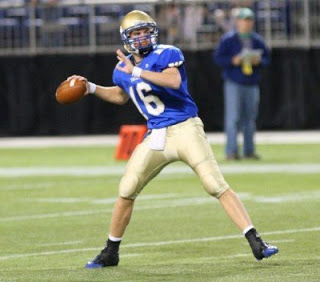 Ries threw for just over 1,600 yards this season with 18 touchdowns and only four interceptions.

In the Trojans' 27-7 victory over Blaine in the state championship game, Ries completed 15 of 23 passes for 205 yards and two touchdowns.

Ries will be the second quarterback from Wayzata in the past few years to play for the Johnnies. Former Wayzata quarterback Michael Crees was a junior on this year's St. John's team. Crees has battled injuries during his first three years, but did start two games this year and completed 21 of 31 passes for 261 yards and two touchdowns.