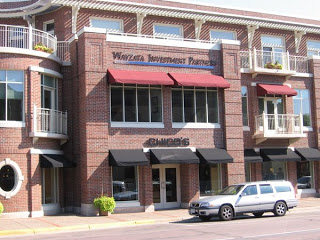 Reuters is reporting that Key Plastics, LLC is has emerged from Bankruptcy with Wayzata Investment Partners as the new controlling shareholder. Additionally, here is a copy of a press release from Key Plastics:

* Key Plastics today announced the completion of its prepackaged reorganization, with an effective date of February 13, 2009.

* The reorganization resulted in the elimination of $115 million in secured debt and receipt of a $20 million new equity investment, with Wayzata Investment Partners LLC becoming the Company’s controlling shareholder. Additionally, the Company entered into a new, undrawn, $25 million credit facility.

Key Plastics L.L.C. (the “Company”), one of the leading manufacturers of engineered plastic components for the global automotive industry, announced that its prepackaged reorganization became effective on February 13, 2009. Consummation of the reorganization resulted in the conversion of $115 million of senior secured debt into equity and the closing of an additional $20 million equity investment. The investment was led by Wayzata Investment Partners LLC, which became the Company’s controlling shareholder. In addition, the Company entered into a new $25 million credit facility. Throughout its restructuring, the Company continued to satisfy its customers’ requirements in full on normal business terms, and all obligations owed to trade creditors, suppliers, and employees in the ordinary course were unaffected.

Ralph Ralston, President & COO of the Company’s North American operations, stated, "We are very pleased to announce the completion of our reorganization. We have completed the transition exactly on schedule and without disruption to our customers and suppliers, just as we had promised. Once again, we would like to thank our customers, suppliers, employees, new and old shareholders for their cooperation and effort during this transition. Our goal was to position ourselves to be one of the beneficiaries of our customers’ supplier consolidation strategies as the supply base contracts at a greater pace in 2009. We have achieved that goal, with Key Plastics now being largely debt free and maintaining very high levels of quality and delivery. Very few will be as well-positioned as Key Plastics to assist our customers during the inevitable rationalization of the supply base this year.”