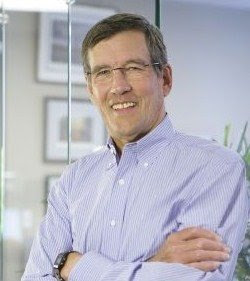 Pat Ryan, Jim's cousin and expected successor as CEO, said in a company statement, "Jim’s goal was not to build the biggest buildings or be the largest company. His goal was to build character in his employees, build confidence in our customers and to build better communities. This world would be a better place if there were more CEOs with Jim Ryan’s values.”

Jim Ryan is survived by his wife Colleen, and his children Tim, Nell, Dan, Sean and Tess Ryan, and Molly Carson, Maggie Allen and Kate Hegman.

Mass of Christian Burial for Jim Ryan will be at 10 a.m. Monday, June 1, at the Church of St. Therese of Deephaven. Visitation will be from 4 to 9 p.m. Sunday May 31, at the same location and one hour prior to Mass.