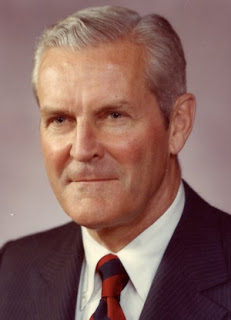 Born in New London, Connecticut on May 30, 1914, Hadlai graduated from Yale University and later Yale Law School. Following law school, he was hired by the Sullivan & Cromwell law firm in New York and, two years later, was commissioned as an officer in the US Navy at the start of World War II. Serving five years overseas, Hadlai rose to the rank of Commander overseeing a series of destroyer escorts including the Solar, Tomich, and Burdo.

Following his military service, Hadlai moved with family to Minneapolis and was employed by the Minnesota and Ontario Paper Company as treasurer. In 1956, he was hired by the Dayton Company (currently Target) where he was promoted to chief financial officer over a career spanning 15 years.

In 1971, he accepted a government position as Assistant Secretary of the Army and moved to Washington DC, the family home for the next 30 years. Following a five year stint with the US Defense Dept., Hadlai dedicated his time to the Nature Conservancy and later co-founded its spinoff, the Conservation Fund.

Hadlai is survived by his wife of 72 years, Anne Dalrymple Hull, sons; Tex (Susan), John and Tom; grandchildren, Clifton (Melissa), Kathryn Meek (JB), Chase and Andrea, and great- grandchildren, Alexandra and Darien. He will be remembered and missed by all.

In lieu of flowers, memorials may be directed to the Conservation Fund, 1655 North Ft. Myer Drive, Suite 1300, Arlington, VA 22209 or to Wayzata Community Church.