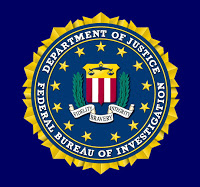 Wayzata Mayor Ken Willcox recently participated in the FBI Citizens Academy, and was featured on Channel 5 as a result. Here is the video from the story, as well as a Q&A style interview with the Mayor on his participation below:

Wayzata.com: Ken, how did you get involved with the FBI Citizens Academy?

Mayor Ken Willcox: The program was recommended to me by Greg Rye, who went through the program a couple of years ago. At that point, I submitted an application, passed the background screening and was accepted.


Wayzata.com: What made you decide to participate?


KW: The reason I was interested was that the FBI has become a very important agency in our national security since 9/11. I thought the opportunity to learn more about the organization and how it operates was something I should take advantage of.

Wayzata.com: Did your Navy background have anything to do with your interest / participation?

KW: There are a number of FBI agents who are military veterans, most former officers. To that extent it was familiar turf for me following my 30 years' in the U.S. Navy.

Wayzata.com: Did the City benefit?

KW: Wayzata uses the resources of a number of other agencies in its public safety responsiblities. These include Hennepin County Sheriff and Emergency Services, the FBI, and Secret Service, among others. It is always helpful to understand the capabilities of each of these groups and know how they can plug in to augment our own efforts to keep our citizens safe.

Wayzata.com: What did you learn, and is there anything you will bring back to Wayzata as a result?

Among other things I gained included:

I also learned how diligent they are in their adherence to federal and constitutional law that puts finite limits on what they can and cannot do in the pursuit of the bad guys. Their on-staff lawyer rules on those restrictions. The agents refer to him as, "Dr. No."It was an excellent exposure, and I am grateful for having had the chance to participate.


Stay tuned to Wayzata.com, you Wayzata Mayor hangs out with the FBI leader.