Laurinaitis Expected to be First Round Pick 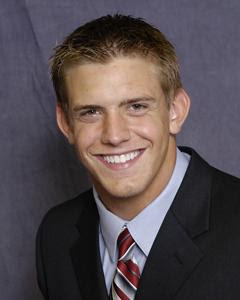 Wayzata graduate James Laurinaitis is predicted to be a late-first round pick according to ESPN NFL draft expert Mel Kiper. Kiper has Laurinaitis listed as the 25th best player available in this year's draft which will take place April 25-26 at Radio City Music Hall in New York City.

Laurinaitis was predicted to be a top-15 pick by some if he had entered the NFL draft after his junior season at Ohio State University. This year's group of available linebackers is slightly deeper than last year's crop which is why he has slipped somewhat in the draft rankings.

Other linebackers who are expected to be first round picks include Aaron Curry of Wake Forest and Clay Matthews, Brian Cushing, and Ray Maualuga, all from USC.

He received some criticism this winter for skipping the Senior Bowl, a college all-star game, but it was later revealed that he missed the game due to illness.

At the NFL Combine in Indianapolis, Laurinaitis ran the 40-yard dash in 4.82 seconds and was able to bench press 225 pounds 22 times.