At the beginning of July, a bathroom facility began to take shape on what was previously the CōV Restaurant parking lot along Lake Street in downtown Wayzata.

It is a portion of a $9 million construction project.

A month later, it has become the town talker. 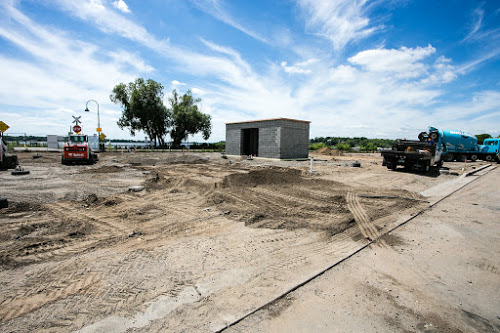 "I know there's a lot of talk in the community about that," said Dahl during the Aug. 4 city council meeting referring to the construction of the plaza bathroom. 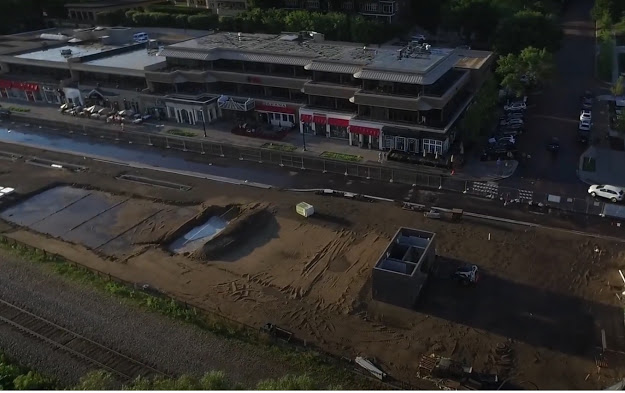 “I have received a few comments recently about the design of the project, particularly relating to the restroom which is currently under construction,” stated Dahl.

“Public restrooms were demanded by the business community and property owners as a part of our lengthy engagement process,” added Dahl. “Restrooms are usually ‘necessary evil’ when it comes to public space design. While they are needed there is never an ideal location for them.”

"One of the conversation pieces around the location of the restroom was also with regard to the relocation of the trail head and bike parking in the public ramp and close proximity to all those things," said city council member Johanna McCarthy during the Aug. 4 city council meeting. "So, as I remember the conversation, that was certainly also a discussion point in terms of where we would locate the restroom facilities."

To get a better idea of the community concerns, Wayzata.com asked Facebook followers what they thought of the bathroom’s location. 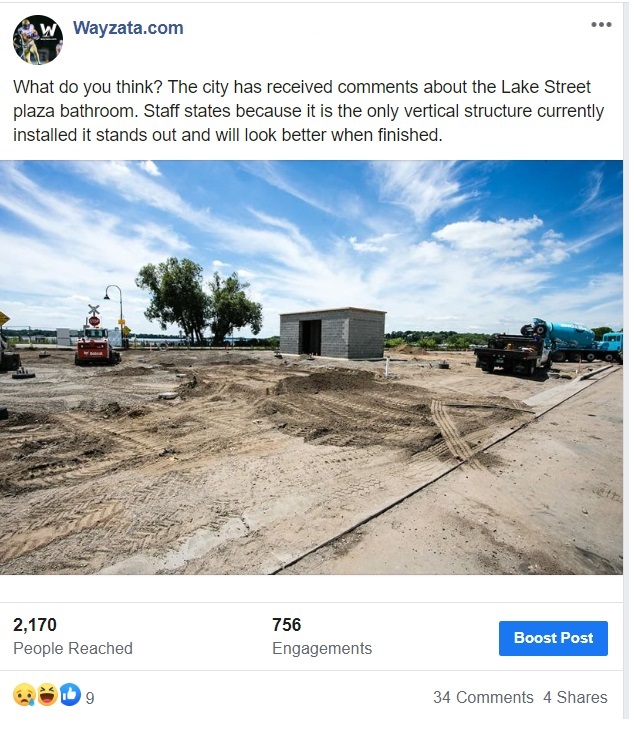 The comments were mostly negative. A small sampling includes:

During the planning stages, the city looked at three options for the restroom:

2.) Within the central plaza

Dahl admits that while it currently looks like a cinder block, the final product will be different. 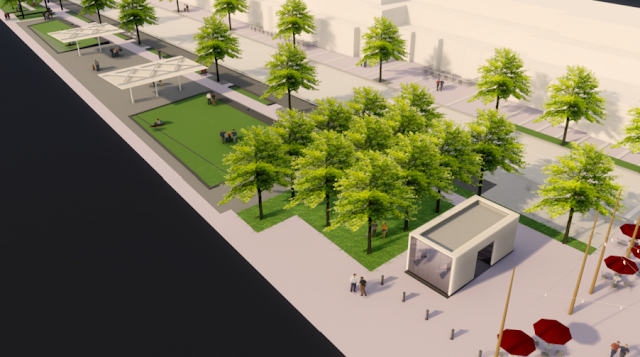 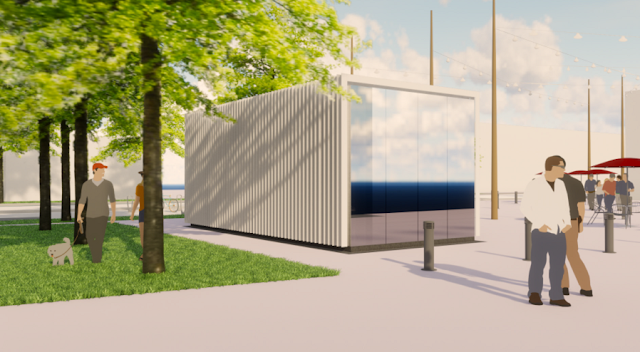 “The structure will be skinned in a semi-reflective material with a series of white ‘fins’ wrapping the structure to provide further articulation and tying it into the design of the shade structure in the central plaza. The reflective material will reflect the trees, lake sky and adjacent activities, further softening it appearance and further help it blend into its surroundings,” said Dahl.

“Additionally, because it is the only vertical structure currently installed it stands out,” said Dahl.

RELATED CONTENT: Lake Street Plaza Work Falls Behind Schedule
Posted in Uncategorized
no comments yet
Please enable Javascript to comment on this blog