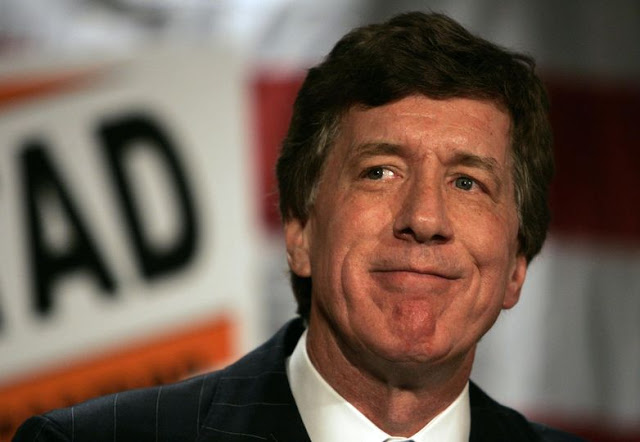 Ramstad represented Wayzatans in the Third Congressional District beginning in 1991. He retired in 2009.

“Representative Ramstad was a remarkable man,” said Wayzata Mayor Ken Willcox. “He was a distinguished public servant, who was unique in his ability to work so effectively with people of all stripes. He was a gracious gentleman, always eager to help anyone needing it.”

So grateful for the life and legacy of Jim Ramstad. An incredible mentor for me, and friend to literally everyone. A true model of a selfless public servant. Well done, good and faithful servant. #Bipartisan #Pragmatic #Commonsense #RamstadTeam pic.twitter.com/fr8XuaIjzt

We lost a friend &hero—former MN Republican congressman Jim Ramstad. He worked w/Paul Wellstone on mental health & carried the torch to pass the bill after Paul died. By being bravely honest about his own personal struggles he gave many courage to take on their own addictions 🙏

Ramstad was open about his battle with alcoholism. He gave up drinking in early 1980s.

He made the battle against addiction and mental health awareness a top priority while in Congress.

“As a person who lived in long-term recovery, Jim’s empathy and understanding of the brain disease of addiction and those who suffer from it touched many lives,” said Kennedy. “Not only through the policies he advanced in Congress, but also through the compassion he showed to others, including me.”

Remembering one of the most impactful recovery advocates in modern history - our friend and a great leader. R.I.P. Congressman Jim Ramstad https://t.co/053Nj8lvTq

“Our thoughts are with Jim’s family, especially his wife, Kathryn. May you take comfort in the legacy this great man leaves behind,” said Kennedy.

Ramstad was born in North Dakota and later moved to Minnesota. He attended the University of Minnesota and served in the Minnesota state legislature from 1981 to 1991.

Ramstad not only represented Wayzata in Washington, he was also very involved in the community.

“Jim was also a great friend of Wayzata,” said Willcox. “A few years ago the Wayzata Chamber of Commerce honored him as its Person of the Year. We will sorely miss Jim Ramstad and his decency and his fellowship.”