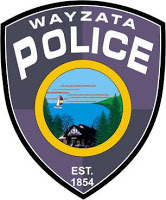 The Wayzata Police Department received a report of suspicious activity in the southwest portion of Long Lake. The incident occurred on Thursday January 6th at approximately 5:45 PM and was reported today. The incident took place near the intersection of Grand Avenue and Inglewood Street. An adult resident returning home from work reported seeing a white minivan sitting in the area. As she walked down the street to retrieve mail from her mailbox, the van approached and the lone female occupant began asking her strange questions such as, “Do you live by yourself?” and “what is your name and what are the names of your family members?” She claimed to be delivering some type of newspaper in the area. After the resident retrieved her mail and began walking back towards her driveway, the minivan backed up and the driver continued to try to engage in conversation. The resident ran into her house and the minivan left the area.

The minivan is described as older and white in color. The driver was described as a heavier set white female, 40-50 years of age, with darker hair. This may have been a legitimate newspaper delivery person, but the Wayzata Police Department would like to identify her to insure the safety of residents in the area. If you see this person, please contact the Wayzata Police Department by calling 911. You may reference this alert to the dispatcher.