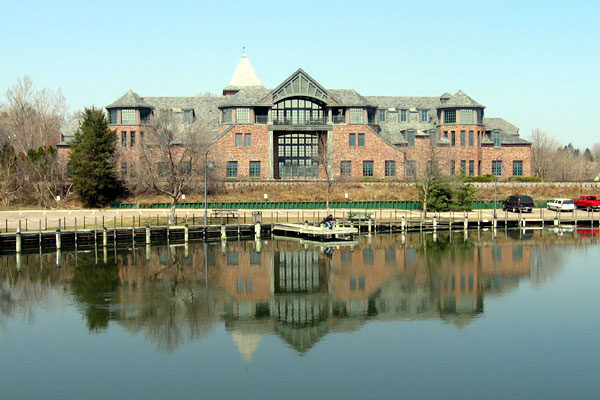 The council passed the resolution following the recommendation of the planning commission. The commission cited concerns about mechanized parking, traffic, parking located under the water table, lack of public benefit and obstructing views among other issues. More than 100 pages of public comments were received and several members of the public spoke against the concept at the meeting in February.

The concept before the council Tuesday included an underground mechanical parking system, 32 condominiums and retail space. There would also be pocket parks on the property, and 25-foot facade breaks every 150 feet.

During Tuesday’s meeting, applicant Curt Fretham, chief manager of Lakewest Development, said there were several aspects of his concept which were misrepresented to the commission. He believes the miscommunication caused the commission to recommend denial.

Among the information Fretham said was incorrect was stating the concept had 133 parking stalls. He said he is proposing 230 stalls. The commission was told the concept would remove the sidewalk on the west end of the site, which he said will be built back with a width reduction. He said the plaza would be entirely handicap accessible which he said one of the commissioners thought it would not be. Finally, he noted the traffic study he had conducted confirmed the plan meets city requirements.

“I think staff can concur all those things are true. Can you please do that?” Fretham asked. 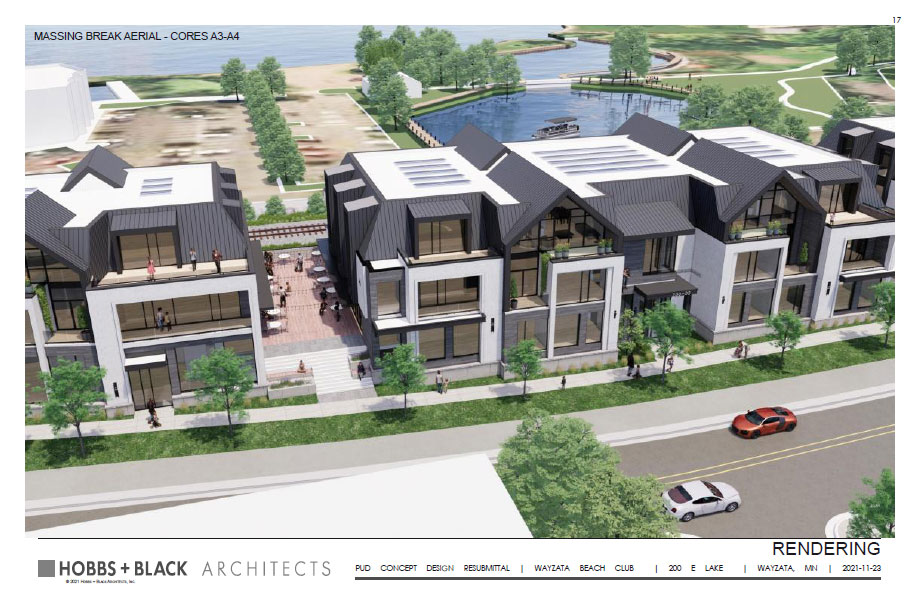 “We are not prepared to verify those facts at this time,” responded Emily Goellner, community development director.

After a back-and-forth with Mayor Johanna Mouton on whether the council had accurate information on the concept, Fretham said he commissioned architects to come up with alternatives. Mouton asked Fretham to clarify whether he was making a proposal. She reiterated that the council would only be considering the concept reviewed by the planning commission and whether or not to adopt its resolution for denial. Fretham said he had seen applicants propose modifications to council before.

“This is more than a modification. This is a completely different design, sir,” Mouton said.

City manager Jeffrey Dahl said Fretham’s new proposal was submitted late the week prior to the meeting and was not included in the agenda packet.

Fretham agreed to continue his presentation without the new modifications.

“I hope that you can see we’ve applied these principles of being a good listener. Our request is reasonable,” he said.

Mouton asked staff if it had a response to Fretham’s statement about his concept being misrepresented to the planning commission. Planner Eric Zweber said he agreed the traffic study was reviewed and meets city standards, but he disagreed with Fretham’s other three points.

The council voted unanimously to deny the application, citing similar concerns as the planning commission.

“I am disappointed today in how this meeting started. I am disappointed in the tone that was taken,” Mouton said. “You can insult me all day long, sir. I don’t accept that for the people that provided the recommendations after many hours of deliberation and heard and read every piece of information that you provided them.”

The council moved to consider an application by Comcast for a cable franchise to operate a cable system with cable services in Wayzata. Comcast, the largest cable television operator in the country, has 110 franchises in Minnesota.

The company is proposing a 750 MHz system, largely using fiber optic communication cable, which would provide more than 200 channels and other services delivered via cable. If the application is approved, Comcast would begin construction this summer, bringing customers live as it goes, with completion by third quarter 2023.

The council approved a driveway setback variance for 445 Bovey Road. City engineer Mike Kelly said the driveway crosses a large sewer main. Without allowing the setback variance, there could be an impact on the city’s ability to access the main. The variance will also save several trees on the property. Mouton was the lone vote against approval.

The council unanimously denied four applications meant to redevelop a lot at 1022 E. Wayzata Boulevard. The former gas station location land locks a small, non-conforming residential property which the applicant also purchased to redevelop. Staff recommended the applicant combine both parcels into one.

The applicant was proposing a Caribou Coffee location, which would largely cater to drive thru orders, alongside an Urban Wok. The planning commission recommended denial at its meeting in March.

Residents of the neighborhood spoke against the plan, citing noise from the drive-thru microphone, traffic and the loss of the property as a buffer.

Councilor Alex Plechash said combining the lot seems to have some adverse effects for the neighborhood. He noted the property owner has a right to try to develop the lot.

“If you’re wanting to keep it as a buffer, why don’t you buy it?” he asked. “He owns it and he has a right to propose what he wants to do. If you want that lot to remain a buffer you should buy that lot.”