To help prepare for the projected budget shortfall for the City of Wayzata in 2010, community member Greg Rye (pictured) has recommended the development of a "Sustainable Budget Taskforce," made up of three to five past council members and a budget consultant.

Rye's recommendation also includes workshops and meetings in which City staff and the Sustainable Budget Taskforce would present key budget issues and cost saving ideas to the City Council. 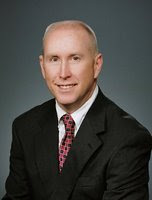 Rye said he attended a budget meeting as a concerned citizen to speak of his own concerns and suggestions when the council challenged him to step up and be a part of the process. As a result, he drafted his recommendation.

Wayzata Mayor Ken Willcox said the City has already been thinking about how to handle the possible budget shortfall and thinks gathering financial talent to help wrestle with budget issues will be beneficial to the community.

At around the same time the budget task force will be created, Willcox said the City has also been planning to develop an affordable housing task force.