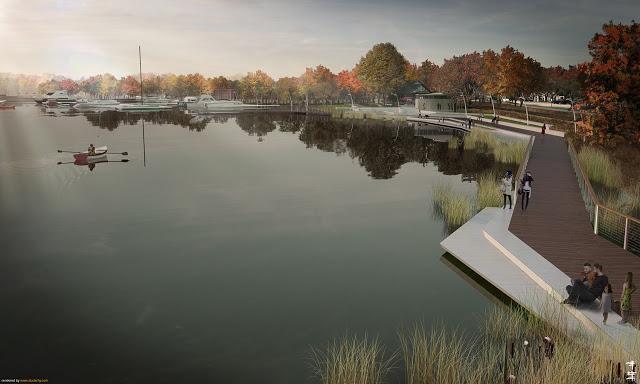 Included in this bill is $4 million for a boardwalk and lake shore restoration in Wayzata as part of the Lake Effect project.

The city had asked for a total of $10 million.

Back in October of 2019, Wayzata city officials hosted the Minnesota Senate Capital Investment Committee to educate them on the importance of a boardwalk and ecological restoration along the shoreline of Lake Minnetonka as a part of Phase 2.

In January, Minnesota Gov. Tim Walz recommended a $10 million for a grant to the City of Wayzata.

On Tuesday, Oct. 20,  the City of Wayzata will provide an update on the project at a workshop beginning at 5:45 p.m. via Zoom.

Officials will provide updates on the funding approach of future components of Phase 2 including updates on cost estimates and fundraising.

Panoway (Lake Effect) Project Phase 2 includes the restoration of the Section Foreman House, building a boardwalk along the lakefront, and restoring the Lake Minnetonka shoreline.

In February of 2011, the city council appointed a Lakefront Task Force to research and provide a recommendation for the future of the City’s lakefront.

The city council adopted the Report of the Wayzata Lakefront Taskforce in January of 2012.

In March of 2014, the city council adopted the Wayzata Lakefront Final Framework Report.

Wayzata selected Civitas as the design team for the Lake Effect Signature Park schematic design in September of 2015.

On December 15, 2016, the city council approved an agreement with the Lake Effect Conservancy as a part of Resolution 29-2016 which defined the scope of the Lake Effect Project and its next steps.

That agreement states that the Conservancy will actively raise Private and Philanthropic Funding.