Several local and regional organizations are combining their efforts to educate Minnesotans on racially restrictive covenants. 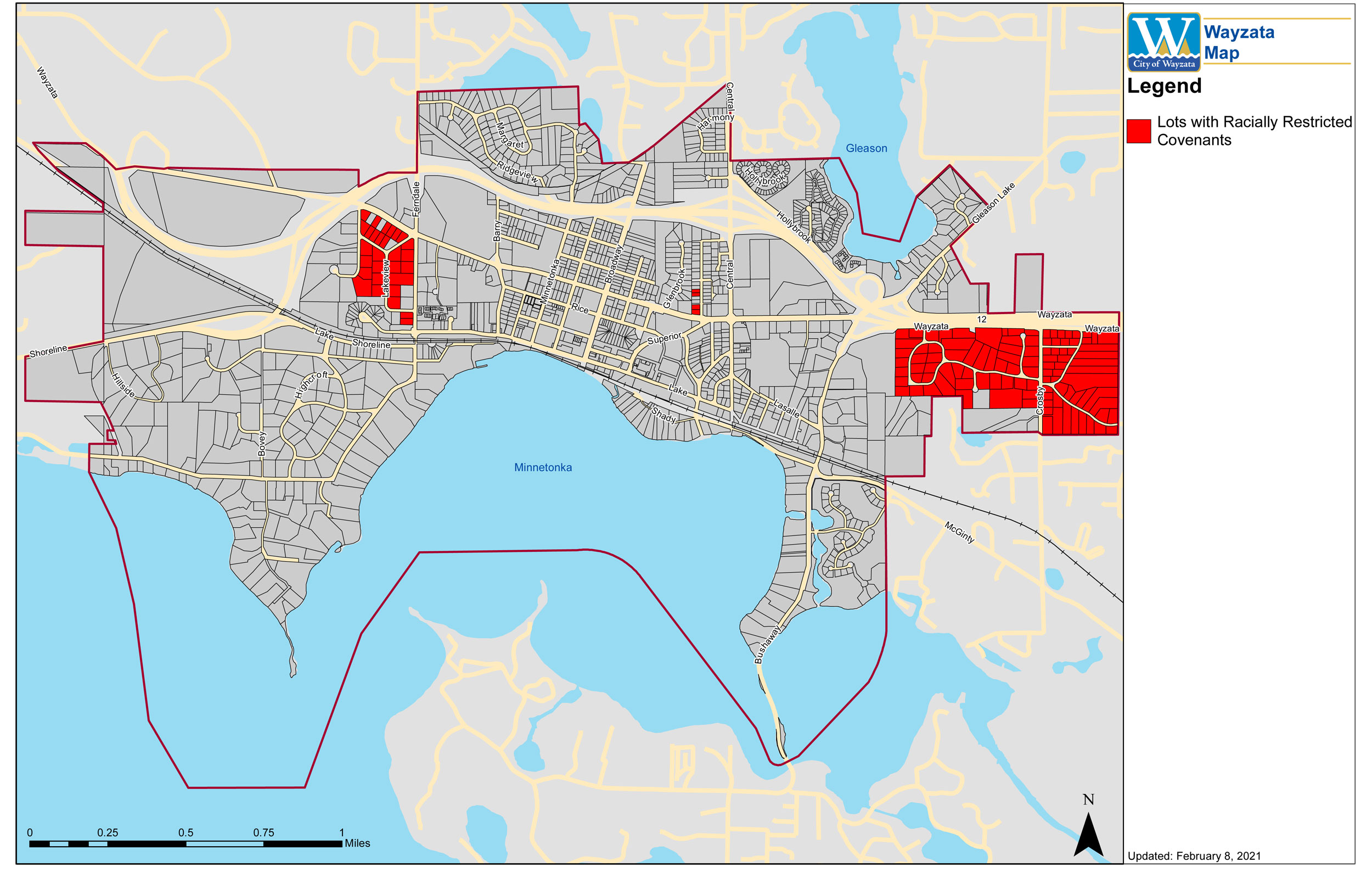 Racially restrictive covenants are an example of structural and systemic racism in action. These covenants — written into home deeds since as early as 1910 — restrict people of color from renting, buying or even occupying homes in certain neighborhoods.

Rebecca Hawthorne, President of the League of Women Voters of Wayzata-Plymouth, said her home had one of these covenants. Hawthorne lives in the Highland neighborhood which was platted in the 1930s. In the 1940s, racially restrictive covenants were placed on the neighborhood.

“My deed says that no lots, plots or parcels can be sold, mortgaged or occupied — to any person other than a member of the caucasian race,” she said.

The exception in Hawthorne’s deed allows occupancy to non-white people only for the purposes of domestic service, such as maids or housekeepers.

“The way my house is built structurally reflects the house deed,” Hawthorne said. “My house was designed for a maid to go up the stairs from the kitchen to their attic room.”

The Fair Housing Act of 1968 rendered these covenants unenforceable. Yet or decades the legacy of these covenants has remained in ink on deeds across the state and many other states.

The University of Minnesota launched the Mapping Prejudice Project, which can be found online. The team behind the project researched deeds across Hennepin County, mapping out where racially restrictive covenants are present.

In Wayzata the Holdridge neighborhood and several lots west of Ferndale Road and south of Wayzata Boulevard are the largest areas where covenants exist.

Even though the covenants aren’t enforced today, they still have an impact. That’s why a number of organizations are making efforts to not only raise awareness, but to help remove these covenants one deed at a time. The organizations involved include the League of Women Voters, Just Deeds Coalition and the Unitarian Universalist Church of Minnetonka.

“It’s history, but it’s a history that impacts our living today,” Hawthorne said. “We’re trying to educate our residents and help people understand how these racially restrictive covenants have shaped our communities.”

“We read a lot today about disparities in Minnesota in terms of health care, wealth and education,” she continued. “That is the background when you restrict who can purchase a home or live in a particular area. It starts to raise awareness of the impact of racism and the structural nature of racism.”

The Just Deeds Coalition, based in Golden Valley, is helping people remove covenants from their homes. Hawthorne and her husband recently had the covenant on their home discharged. The Unitarian Universalist Church of Minnetonka recently discovered it had a covenant and is in the process of discharging it.

“We’re providing both education and legal help — all pro bono — to help people,” she said. “This brings people together to move forward and work collectively and work on issues in our communities and larger social issues.”

Education and outreach efforts have already begun in Wayzata. During the last Heritage Preservation Board meeting, the history of racially restrictive covenants and how they came to be was discussed.

At 6 p.m. Thursday, May 13, Wayzata Community Education will host a virtual event on racially restrictive covenants in Wayzata and Plymouth neighborhoods. The event will cover property deed restrictions and their history, as well as organizations like the Just Deeds Coalition and Mapping Prejudice Project. It is part one of a two part series which will continue on June 17.

What: Racially Restrictive Covenants in Wayzata and Plymouth Neighborhoods
When: 6 p.m. Thursday, May 13
Where: Online. Visit https://wayzata.ce.eleyo.com/course/6619/adult-classes-spring-2021/racially-restrictive-covenants-in-wayzata-and-plymouth-neighborhoods

Posted in Hennepin County, University of Minnesota
no comments yet
Please enable Javascript to comment on this blog