A WORD FROM OUR SPONSOR: Lucie Shores - Piano Lessons and Vocal Rep Coaching 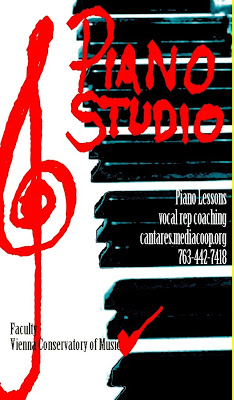 A big Wayzata.com welcome and thank you to Lucie Shores, who offers piano lessons in a private studio in Excelsior on Water Street. She has also been on the Faculty at the Vienna Conservatory of Music while living in Europe. If you or your children are interested in furthering opportunities with piano lessons and vocal coaching in a private studio, please contact Lucie at 763-442-7418.

Here is Lucie's Bio from her web page:

Veteran coach and accompanist, Lucie Shores has worked professionally in the field from the age of 15. In 1984, Shores established with Visus, Cantares De España, touring in concert in the United States and Europe under the auspices of the Spanish Embassy, and the Program for Cultural Cooperation Between Spain’s Ministry of Culture and United States’ Universities, among others.

Over the past few years Shores has produced chamber opera such as The Boor in which vocalists Sylvia Olney, Neil Henriksen and Joseph Marty made operatic debuts. In 2005 and 2006 she toured with international operatic sensation, José Luis Sola, ending with a gala performance in the Hall of the Americas in Washington D.C. hosted by the US Ambassador to the Organization of American States. 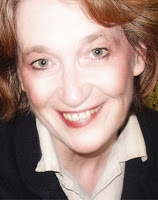 Shores continues to work with vocal training and performing programs such as the Semer Vocal Institute in Coesfeld, Germany. She worked recently with Erin Wall, preparing Strauss' "Daphne" for a Santa Fe debut and with John Uhlenhopp, preparing the role of Paul in "Die Tote Stadt" for San Francisco. She works and performs with area organizations such as the Fargo Moorhead Opera Company and the Civic Orchestra of Minneapolis.